Crowdfunding, a form of participatory financing via internet-based platforms, offers an alternative source of funding for entrepreneurs and non-profit organisations. After emerging in the US several years ago, the phenomenon has become extremely popular and is now reaching various parts of the world including Europe and India, illustrating the emergence of the collaborative economy, with no intermediary, based on exchanges via the Internet.

What is the principle behind it?

Crowdfunding is community financing. Project leaders use dedicated platforms to present their projects and raise funds from Internet users who decide to finance them.

What types of financing exists?

On some platforms, Internet users are solicited for donations that may or may not be rewarded by non-financial compensation—typically with a product or service from the project they have supported.

Funds may also be raised through loans (‘peer-to-peer lending’). Financing can also take the form of acquiring a stake in the project’s capital (‘equity-based crowdfunding’). Crowdfunding therefore gives nascent start-ups an alternative to backing from angel investors (private investors).

What is the outlook for crowdfunding? And what does this mean for banks?

The trend is growing rapidly, driven by the advantages of this financing method in terms of transparency and proximity. In 2013, the total amount raised in this manner was over $5 billion worldwide, and could reach $1 trillion by 2020.

While still limited in size, the French crowdfunding market is growing and becoming more structured, driven by the support of public authorities (a ruling ending banks’ monopoly came into effect on 1st October, 2014). In 2013, 650,000 French inhabitants financed 32,000 projects via the Internet, with some €80 million being raised. This was three times more than in 2012.

For banks, the rise of crowdfunding is a sign that customers expect simpler, more transparent and more traceable financing models that take into account the impact of Web 2.0, social networks. By joining forces with crowdfunding platforms, banks are thus seeking to meet these requirements. 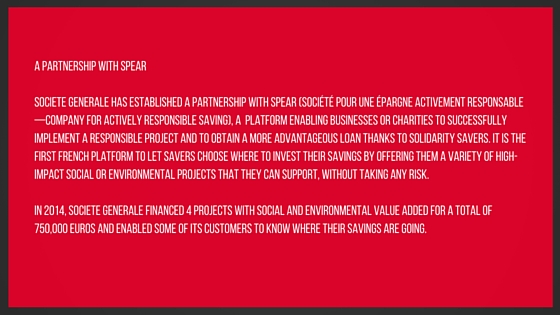 View all posts by sggsc

This site uses Akismet to reduce spam. Learn how your comment data is processed.